Hot Dog! It's that time again!

Where you can be a weiner! 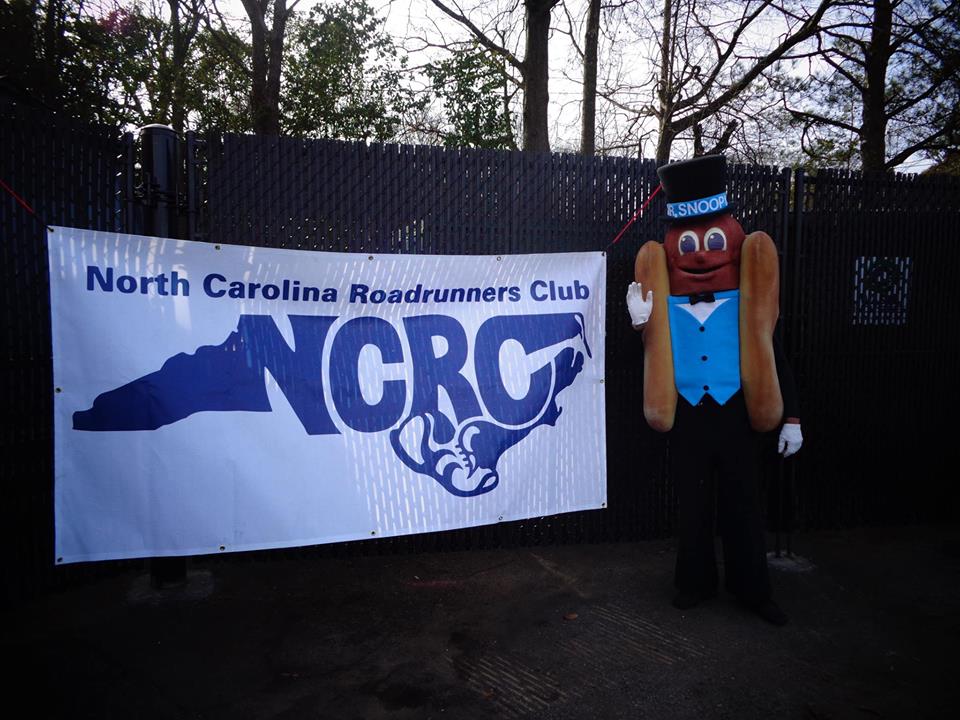 It's our twelfth big year!  Once again, Mr. Snoopy is welcoming the North Carolina Roadrunners Club for a fun, relaxed five-mile run from Snoopy's next to Meredith College to to Snoopy's on East Whitaker Mill Road, with optional free hot dogs at each stop!  This social run is a fundraiser for Mr. Snoopy's favorite charity, the SPCA of Wake County.  Sadly, Snoopy's downtown is no more, but we will honor that former location by keeping it on the route.

We will meet at Snoopy's Meredith College location (3600 Hillsborough Street) at 2:30 p.m. Sunday afternoon, February 28, for a mandatory safety briefing and then take a group photo.  Then we'll run in groups to the Snoopy's East Whitaker Mill Road location (1931 Wake Forest Road).  Both before we run and after, you're entitled to a free hot dog, fries, or a drink!  After the run, we will  try to do door prizes by 4:30 p.m. and take one more group photo as we present Mr. Snoopy with the large novelty check  Costumes are encouraged!

A map of the overall downhill route is provided here.

For the 2023 NCRC Snoopy's Social Run, we will also remember NCRC member Susan Butler Karnatz, a very talented runner who was tragically lost while running on the Neuse River Trail last October.  Sue participated in the Snoopy's run with her family mulitple times and was also a big proponent of animal adoptions.  We encourage you to #RunForSue.

Your $10 donation goes to SPCA of Wake County.  This is our token of thanks for Mr. Snoopy and his team for hosting the NCRC and providing the great hot dogs!  Additional donations from the runners are greatly appreciated, of course!

More details will be e-mailed to participants as we get closer to the event.

About the North Carolina Roadrunners Club:  NCRC is a social running non-profit club celebrating its 44th year in 2023.  NCRC puts on three races each year (the Run for the Roses 5k in February, the NCRC Classic Half-Marathon and 10k in May, and the American Tobacco Trail 10-Miler in October) and hosts many fun, social events in addition year-round as well as multiple service projects and fundraisers.  Active NCRC members also receive six newsletters a year and discounts to local running stores and some local races.